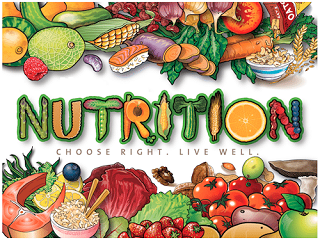 Q1. Foods composed of parts of whole foods, such as butter are referred to as:

Q2. Calorie is defined as:

Q3. The non-energy yielding nutrients include:

Q5. A food provides 10 grams of carbohydrates and 220 total calories. Approximately what percentage of calories come from carbohydrates in this product?

Q7. Many foods that are high in calcium are poor sources of iron. This statement illustrates the importance of this characteristic of a nutritious diet:

Q8. Availability is one reason that affects food choice.

Q9. A measure of nutrients provided per calorie of food.

Q10. In southeast Asia, rice is an example of what kind of food?

Q11. This type of research studies populations in which observation is accompanied by experimental manipulation of some population members

Q12. You can tell a claim about nutrition is quackery if it bears the following characteristics:

Q13. An advantage of a diet recall in analyzing food intake is that diet recall:

Q14. Which of the following establishes population-wide average requirements used by nutrition policymakers?

Q15. For which of the following reasons would a nutrient NOT have a tolerable upper intake level (UL)?

Q16. Which of the following statements about the dietary reference intakes (DRI) is the most accurate?

Q17. Which of the following is NOT a recommendation made by Eating Well with Canada’s Food Guide?

Q21. The amount of this/these type(s) of fat must be listed on the Nutrition Facts food label:

Q22. Which of the following statements best defines “enriched” as it is applied to a food product?

Q23. Which of the following is the best and safest source of phytochemicals?

Q24. Which of the following phytochemicals is contained in flaxseed?

Q25. Which of the following secretes hormones and releases them into the blood?

Q26. Movement of chyme from stomach to small intestine is controlled by the:

Q27. When blood sugar levels rise after a meal, the first organ to respond is the:

Q28. Which of the following occurs as part of the stress response (fight or flight)?

Q29. Most people have an aversion to which of the following tastes?

Q30. The major organ of digestion and absorption is the:

Q31. The pancreas performs which of the following functions?

Q33. Enzymes in digestive juices are an example of chemical digestion.

Q34. What is the common name for the burning sensation in the chest area caused by backflow of stomach acid into the esophagus?

Q35. According to Nutrition Recommendations for Canadians, on a daily basis, a person should NOT ingest more than what percentage of their total energy as alcohol?

Q36. Which of the following organs makes almost all of the body’s alcohol-processing machinery?

Q37. Which of the following is a long-term effect of alcohol?

Q38. The disaccharides include:

Q39. You are teaching a client how to possibly lower blood cholesterol levels by consuming foods such as oat bran, legumes, seeds, fruits, vegetables and barley. All of these foods are sources of:

Q40. According to the Dietary Reference Intakes (DRI), a desirable intake of dietary fiber is ____ grams daily.

Q41. Which of the following terms would you look for on a bread label in order to choose the most nutritious product?

Q42. Without sufficient ________, the digestive tract muscles get too little exercise and become weak.

Q43. How does the body process glucose to produce energy?

Q44. Lactose intolerance is due to:

Q45. Low blood sugar is referred to as:

Q46. Diets that cause chronic ketosis can lead to which of the following:

Q47. Which of the following foods ranks highest on the glycemic index scale?

Q48. Which of the following is not a risk factor for developing Type II diabetes?

Q49. Sugar has been proven to cause hyperactivity in children.

Q50. Which of the following products is restricted to use as a tabletop sweetener in Canada?

Please click on Pay Now to get all correct answers at $40. In description, please don’t forget to mention the exam name – Nutrition Online Exam Help Canada. We will send the answers to your email id in the next 30 minutes.