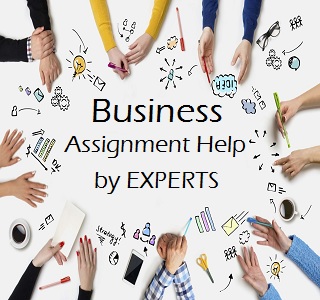 Q1. A Competitive Coup in the In-Flight Magazine. When the manager for market intelligence of AutoCorp, a major
automotive manufacturer, boarded the plane in Chicago, her mind was on shrinking market share and late product
announcements. As she settled back to enjoy the remains of a hectic day, she reached for the in-flight magazine. It
was jammed into the seat pocket in front of her.

Crammed into this already tiny space was a report with a competitor’s logo, marked “Confidential—Restricted Circulation.” It contained a description of new product announcements for the next two years. Not only was it intended for a small circle of senior executives, but it also answered the questions she had recently proposed to an external research firm.

The proposal for the solicited research could be canceled. Her research budget, already savaged, could be saved. She was home free, legally and career-wise.

She foresaw only one problem. In the last few months, AutoCorp’s newly hired ethicist had revised the firm’s Business Conduct Guidelines. They now required company employees in possession of a competitor’s information to return it or face dismissal. But it was still a draft and not formally approved. She had the rest of the flight to decide whether to return the document to the airline or slip it into her briefcase.

Q2. Free Waters in Miro Beach: Boaters Inc. versus City Government. 20 The city commissioners of Miro Beach proposed limits on boaters who anchor offshore in waterfront areas of the St. Lucinda River adjoining the city. Residents had complained of pollution from the live-aboard boaters. The parking lot of boats created an unsightly view.

The city based its proposed ordinance on research done by the staff. The staff did not hold graduate degrees in either
public or business administration, and it was not known if staff members were competent to conduct research. The staff requested a proposal from a team of local university professors who had conducted similar work in the past. The research cost was $10,000. After receiving the proposal, the staff chose to do the work itself and not expend   resources for the project. Through an unidentified source, the professors later learned their proposal contained enough information to guide the city’s staff and suggested data collection areas that might provide information that could justify the boaters’ claims.

Based on the staff’s one-time survey of waterfront litter, “pump-out” samples, and a weekly frequency count of boats, an ordinance was drafted and a public workshop was held. Shortly after, a group of concerned boat owners formed Boaters Inc., an association to promote boating, raise funds, and lobby the commission. The group’s claims were that the boaters (1)spent thousands of dollars on community goods and services, (2) did not create the litter, and (3) were being unjustly penalized because the commission’s fact finding was flawed.

With the last claim in mind, the boaters flooded the city with public record requests. The clerks reported that some
weeks the requests were one per day. Under continued pressure, the city attorney hired a private investigator (PI) to
infiltrate Boaters Inc. to collect information. He rationalized this on the grounds that the boaters had challenged the
city’s grant applications in order to “blackmail the city into dropping plans to regulate the boaters.”

The PI posed as a college student and worked for a time in the home of the boater organization’s sponsor while helping with mailings. Despite the PI’s inability to corroborate the city attorney’s theory, he recommended conducting a background investigation on the organization’s principal, an employee of a tabloid newspaper. (The FBI, on request of city or county police organizations, generally performs background investigations.)

The PI was not a boating enthusiast and soon drew suspicion. Simultaneously, the organization turned up the heat
on the city by requesting what amounted to 5,000 pages of information—“studies and all related documents containing the word ‘boat.’” Failing to get a response from Miro Beach, the boaters filed suit under the Florida Public Records Act. By this time, the city had spent $20,000.

The case stalled, went to appeal, and was settled in favor of the boaters. A year later, the organization’s principal fi led an invasion of privacy and slander suit against the city attorney, the PI, and the PI’s firm. After six months, the suit was amended to include the city itself and sought $1 million in punitive damages.

Q3. The High Cost of Organizational Change. It was his first year of college teaching, and there were no summer teaching assignments for new hires. But the university was kind enough to steer him to an aviation firm, Avionics Inc., which needed help creating an organizational assessment survey. The assignment was to last five weeks, but it paid about the same as teaching all summer. The work was just about as perfect as it gets for an organizational behavior specialist. Avionics Inc.’s vice president, whom he met the first day, was cordial and smooth. The researcher would report to a senior manager who was coordinating the project with the human resources and legal departments.

It was soon apparent that in the 25-year history of Avionics Inc., there had never been an employee survey. This was understandable given management’s lack of concern for employee complaints. Working conditions had deteriorated without management intervention, and government inspectors counted the number of heads down at desks as an index of performance. To make matters worse, the engineers were so disgruntled that word of unionization had spread like wildfire. A serious organizing effort was planned before the VP could approve the survey.

Headquarters dispatched nervous staffers to monitor the situation and generally involve themselves with every aspect of the questionnaire. Shadowed, the young researcher began to feel apprehension turn to paranoia. He consoled himself, however, with the goodwill of 500 enthusiastic, cooperative employees who had pinned their hopes for a better working environment to the results of this project.

The data collection was textbook perfect. No one had asked to preview the findings or had shown any particular interest. In the fifth week, he boarded the corporate jet with the VP and senior manager to make a presentation at headquarters. Participants at the headquarters location were invited to attend. Management was intent on heading off unionization by showing its confidence in the isolated nature of “a few engineers’ complaints.” They had also promised to engage the participants in action planning over the next few days.

An hour into the flight, the Avionics Inc. VP turned from his reading to the young researcher and said, “We have seen
your results, you know. And we would like you to change two key findings. They are not all that critical to this round of fixing the ‘bone orchard,’ and you’ll have another crack at it as a real consultant in the fall.”

“But that would mean breaking faith with your employees . . . people who trusted me to present the results objectively. It’s what I thought you wanted . . .”

“Yes, well, look at it this way,” replied the VP. “All of your findings we can live with except these two. They’re an embarrassment to senior management. Let me put it plainly. We have government contracts into the foreseeable future. You could retire early with consulting income from this place. Someone will meet us on the runway with new slides. What do you say?”

Q4. Data-Mining Ethics and Company Growth Square Off. SupplyCo. is a supplier to a number of firms in an industry. This industry has a structure that includes suppliers, manufacturers, distributors, and consumers. Several companies are involved in the manufacturing process—from processed parts to creation of the final product—with each firm adding some value to the product.

By carefully mining its customer data warehouse, SupplyCo. reveals a plausible new model for manufacturing
and distributing industry products that would increase the overall efficiency of the industry system, reduce costs of production (leading to greater industry profits and more sales for SupplyCo.), and result in greater sales and profi ts for some of the industry’s manufacturers (SupplyCo.’s customers).

On the other hand, implementing the model would hurt the sales and profits of other firms that are also SupplyCo.’s
customers but which are not in a position (due to manpower, plant, or equipment) to benefit from the new manufacturing/ distribution model. These firms would lose sales, profits, and market share and potentially go out of business.

Does SupplyCo. have an obligation to protect the interests of all its customers and to take no action that would
harm any of them, since SupplyCo. had the data within its warehouse only because of its relationship with its customers? (It would betray some of its customers if it were to use the data in a manner that would cause these customers harm.) Or does it have a more powerful obligation to its stockholders and employees to aggressively pursue the new model that research reveals would substantially increase its sales, profits, and market share against competitors?

Q5. Hearsay Social is a company developed to monitor how workers at large companies interact with customers on Facebook, LinkedIn, and other social media sites. Companies pay $100,000 or more for a digital dashboard that alerts supervisory managers if employees are violating privacy policies, regulatory compliance rules, or other company policies. If you were a large client, like Farmers Insurance, what would you want built into the dashboard?