Q1. Compute trend percents for the above accounts, using 2013 as the base year. 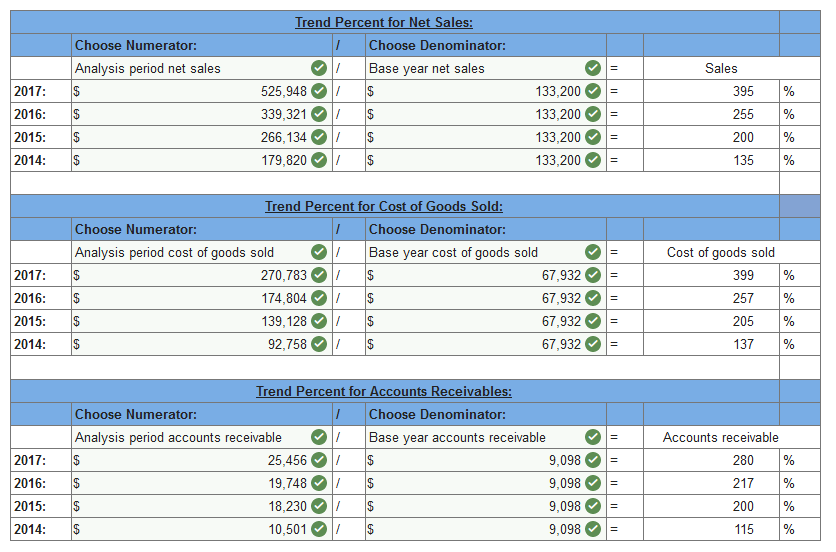 Express the balance sheets in common-size percents. (Do not round intermediate calculations and round your final percentage answers to 1 decimal place.) 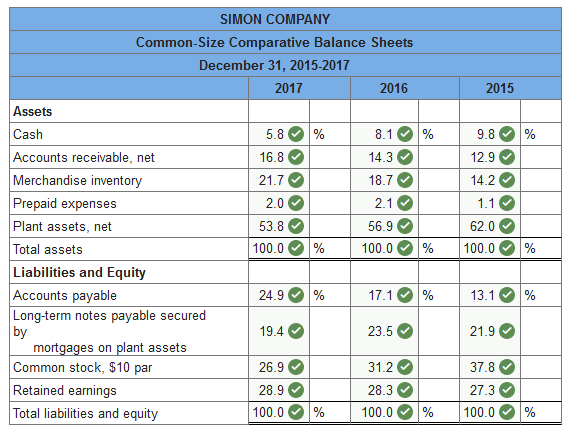 Additional information about the company follows.

To help evaluate the company’s profitability, compute the following ratios for 2017 and 2016:

Q2. The market price of Horokhiv Corporation’s common stock at the start of 2016 was $47.50 and it declared and paid cash dividends of $3.28 per share. The Dividend yield ratio is:

Q3. The dollar change for a comparative financial statement item is calculated by:

Q6. Refer to the following selected financial information from Graceworks, Corp. Compute the company’s days’ sales in inventory for Year 2. (Use 365 days a year.)

Q7. Jones Corp. reported current assets of $193,000 and current liabilities of $137,000 on its most recent balance sheet. The working capital is:

Q8. All of the following are true of a financial statement analysis report, except:

Q9. To compute trend percentages the analyst should: